The Ministry of Ayush and the Government of Karnataka organized the main event of 8th edition of the International Day of Yoga (IDY) 2022 at Mysuru Palace, Mysuru. Prime Minister led the mass yoga demonstration at Mysuru Palace along with over 15,000 participants, which also included over 200 special physically challenged children, 100 orphaned child, 15 transgenders, HIV-positive people, and ASHA workers. 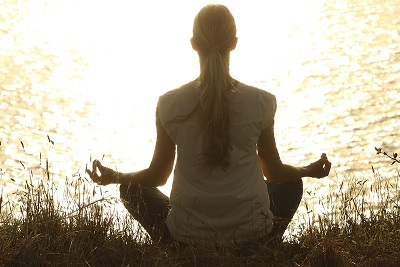 On this occasion, Prime Minister Shri Narendra Modi emphasized that this year’s theme aptly portrays how Yoga served humanity in alleviating suffering during COVID-19 pandemic. Today yoga is becoming a basis for global cooperation and is providing a belief of a healthy life to mankind. He added that we see that Yoga has come out of the households and has spread all over the world and this is a picture of spiritual realization, and that of natural and shared  human consciousness, especially in the last two years of an unprecedented pandemic.

The Prime Minister said that today is the time to realize the infinite possibilities associated with yoga. Today our youth are coming in large numbers with new ideas in the field of yoga. Ministry of Ayush’sStartup Yoga Challenge is bringing together new ideas and innovation which is inspiring this generation.

Addressing the gathering, Union Minister for Ayush, Ports, Shipping & Waterways Shri SarbanandaSonowal said that It is Prime Minister’s vision to bring world peace and harmony by focusing on the health and well-being of individuals, communities, nations, and the world as a whole. He said that Yoga has brought the world together, reshaping the global values, and is bringing different healthcare systems closer.

The Minister further said that Ministry of Ayush has designed unique programs to include various sections of the society to celebrate health and heterogeneity. Shri Sonowal further informed that the Ministry have taken various initiatives to ensure advancement in the health and well-being of the people through Yoga.

This year International Day of Yoga 2022 saw many new initiatives, the ‘Guardian Ring’ program, which is collaborative exercise between 79 countries and United Nations organisations along with Indian Missions abroad to illustrate Yoga's unifying power that surpasses national boundaries. Integrating the AzadiKaAmritMahotsav with celebrations of 8th IDY, Mass Yoga demonstrations were organised at 75 iconic locations across the country under the leadership of 75 Union Ministers.

Prime Minister also inaugurated the Digital yoga exhibition, which is showcasing the latest technologies like Virtual Reality to project the history and wisdom of Yoga. Prime Minister also visited the static Ayush exhibition, which consists of 146 stalls were yoga institutions, Ayush institutions under the ambit of the Government of Karnataka and the Government of India are participating.