The Government of India implements Anaemia Mukt Bharat (AMB) strategy under POSHAN Abhiyaan with the target for reducing anaemia in the six population groups - Children (6-59 months), Children (5-9 years), Adolescents girls and boys (10-19 years), Pregnant women, Lactating women and Women of Reproductive Age (WRA) group (15-49 years) in life cycle approach. Some of the major interventions by Ministry of Health and Family Welfare (MoHFW) to address anaemia under AMB include: 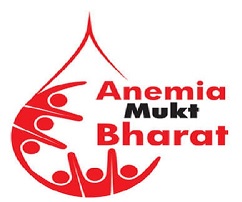 • Addressing non-nutritional causes of anaemia in endemic pockets with special focus on malaria, hemoglobinopathies and fluorosis.

• Convergence and coordination with line department and other ministries.

As per the fifth round of National Family Health Survey (NFHS), conducted by MoHFW during the year 2019-21, the prevalence of anaemia among women age 15-49 is 57.0 percent as compared to 53.1 percent in NFHS-4, (2015-16). However, thirteen (13) States/UTs namely Andhra Pradesh, Andaman and Nicobar Island, Arunachal Pradesh, Chandigarh, Dadra and Nagar Haveli and Daman and Diu, Haryana, Himachal Pradesh, Lakshadweep, Meghalaya, NCT of Delhi, Tamil Nadu, Uttar Pradesh and Uttarakhand have reported decline in prevalence of anaemia among women age 15-49 in NFHS-5 as compared to NFHS-4.

The Union Minister of State for Health and Family Welfare, Dr.BharatiPravinPawar stated this in a written reply in the Rajya Sabha today.