Government to collaborate with stakeholders in developing medical technology

Union Minister of State Science & TechnologyJitendra Singh said that the government will collaborate with stakeholders in developing medical technology and indigenous technology will help reduce dependence on imports. He was addressing the 13th CII Global MedTech Summit on the “Sunrise Medical Devices Sector in India” on Thursday. India’s Medical Technology sector was worth $11 billion in 2020. A CII study estimates, this will grow up to $50 billion by 2025. 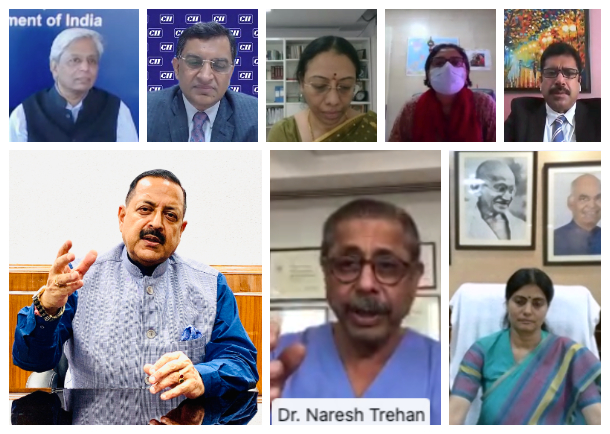 The Minister said India’s healthcare industry has made several advances during brief 70 years since Independence and this sector is recognised as the Sunrise sector in India. “We are among the world leaders in medicare and sometimes new technologies are applied here even before these are rolled out in the West,” said DrJitendra Singh adding, inspite of that most medical technologies are not indigenous and we are still dependent on as much as 85% imported technologies.” “One reason being the healthcare sector has never been given priority here in India, neither social nor cultural, owing to legacy issues besides economic constraints,” he noted.

Jitendra Singh said, now all that has changed under the leadership of Prime Minister Shri Narendra Modi who promotes scientific temper, as is evident by the National Hydrogen Mission announced by PM Modi in his Independence Day address on 15th August this year. Several initiatives have been undertaken during the last seven years to promote Ease of Business and Make in India, he said. “Prime Minister has given freedom to do away with regulations that have been hampering growth of indigenous industry. Earlier, entrepreneurs were reluctant to invest as there were multiple window clearances, sometimes 70 even in small scale sector. COVID-19 has served to give a kneejerk to indigenous technologies such as CSIR in manufacturing ventilators, vaccine production by DBT, ISRO in Liquid Oxygen. Instead of Ministry/Department wise approvals, we should go for theme based projects involving the private sector. Indigenous medical technologies will help reduce dependence on imports and for this the government, private sector, corporates and scientists, all will have to come together and pool their resources. ”