As the world observes WorldMentalHealthDay on October 10, Twitter continues to work with its mental health partners in India and around the world to foster dialogue about MentalfHeath, and share how product features such as Twitter Lists empower people to customize their ‘feed’ - to be able to discover and recommend accounts that resonate with what matters to them. 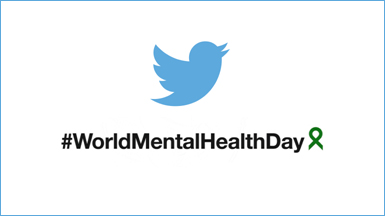 Twitter has taken initiative to promoting conversations around mental health by encouraging people to use the service to share their experiences while reaching others. Since the beginning of the Covid-19 pandemic, the service has played a critical role in keeping people connected and amplifying authoritative information from credible sources. Between April 01 - May 31, 2021, mental well-being was top of mind for people. The service saw a 153% (2.5x) increase in conversations about mental well-being during the second wave of Covid-19.

A List is a compilation of various Twitter accounts. You can create your custom Lists, or follow Lists created by others. Viewing a List timeline will show you a series of Tweets from only the accounts on that List, making it easier for people to find what interests them. Leveraging this feature, various organisations have come forward ahead of World Mental Health Day to create Lists of credible accounts that people can follow for information and awareness around the topic of mental health. These include TLLL Foundation, Centre for Mental Health Law & Policy, ILS, Pune, ReSetEveryday,  Mpower Minds, Fortis Mental Health, She the People among others.

'Mental health’ as a subject continues to have various stigmas associated with it across certain sections of society, due to which people suffering from mental health concerns may not be able to communicate their struggles in their immediate surroundings. An open internet and services like Twitter can be a source of positive support, encouraging people who may be struggling to reach out for professional help. They also contribute towards creating an interconnected space to raise diverse perspectives and resources to confront mental health challenges.

Globally, Twitter has a list of international resources where people can go to find more information and details of relevant organisations within their respective countries, and has activated a special, green ribbon emoji to amplify conversations around mental health. The emoji will be live until the end of October and can be generated by using mental day  hashtags while Tweeting.

Each compassionate Tweet brings the global conversation together to raise awareness and normalise the discussion around mental health. Twitter urges people to take care of their mental health and encourage others to do so too, by being part of the conversation on Twitter.