For the first time in the world, scientists working in a public laboratory in Mumbai have come up with a rapid test to ascertain if a person has silicosis, a progressive lung disease caused by exposure to silica. 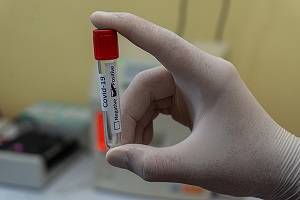 “India has a high burden of silicosis with an estimate of 1.25 crore patients at the moment,” said Dr Shyam Sundar Nandi from the Mumbai laboratory, who is one of the scientists who developed the test.

The invention, called a point of care test, is similar to a pregnancy test kit and detects levels of serum CC16 in a drop of blood. “Based on the concentration of the serum, we can diagnose the patient with severe, mild diseaseor is likely to develop it in the near future,” said Dr Nandi. When the value of serum CC16 is between 6 and 9 ng/ml, it is indicative of early silicosis. The research work has been accepted in the medical journal, Nature Scientific Reports.

Silicosis is an incurable lung disease caused by inhaling large amounts of crystalline silica dust for years. Silica is a naturally found element found in stones, rock and sand; people working in cement factories, marble cutting work or mines are highest at risk for the disease.

“Every day, eight crore people are exposed to silica in India alone,” said the scientist. Silicosis is usually diagnosed at an advanced stage when nothing much can be done to prolong the person's life. Hence, early detection of silicosis could help the patient.

Most silicosis patients develop tuberculosis, the condition could affect the TB control programme. “India wants to eliminate tuberculosis by 2025, but this is not possible if we cannot control silico tuberculosis and silicosis,” he said.