Air Pollution is the most Prevalent Risk Factor for NCDs in India, Reduces Life Expectancy by 8 years

Air pollution takes us from wellness to illness reducing life expectancy by almost 8 years. In Delhi, people have got used to this fait accompli where every year they will face breathing problems and other health-related issues due to noxious air during the winter season, Dr. GC Khilnani, Former Head & Professor Department of Pulmonary Medicine & Sleep Disorders AIIMS, New Delhi and Chairman, PSRI Institute of Pulmonary Critical Care & Sleep Medicine at a Webinar organized by ASSOCHAM on ‘Impact of Air Pollution on Health & Life’. 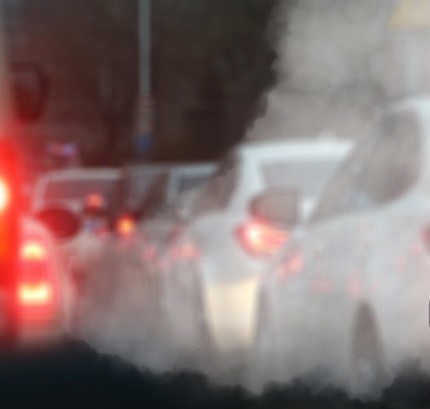 “Air pollution not only affects our immediate health but also makes us prone to several diseases starting from bronchitis, heart diseases, stroke, coronary artery disease, a variety of cancers among others.  During Covid, the severity of the infection and mortality rate was found to be extreme in regions where the air pollution is high. My sincere advice will be to vaccinate the elderly for flu and pneumonia, use N95 masks, avoid breathing exercise early in the morning, and use a good quality air purifier to reduce the ill-effect of toxic air on our health,”emphasized Dr. Khilnani.

Air pollution is the third most man-made potential catastrophe for the ecosystem as well as the health of all living beings including children, expected women, and elderly people. It is the leading cause of critical non-communicable diseases (NCDs) like cardiovascular diseases (CVDs), respiratory illness, lung cancer, stroke, including disabilities and deaths across the globe. Air pollution was responsible for nearly 14% of contribution to disability-adjusted life years (DALYs) due to NCDs in India in 2015.

“Air pollution is a life sentence for an unborn child. It may lead to low birth rate besides impacting child health by making them predisposed to diseases like asthma. Air pollution can also hamper child development resulting in autism later in life. It is also associated with obesity which is the mother of all diseases. Against this backdrop, it is advisable to vaccinate children for diseases like influenza and pneumonia and take a diet rich in Vitamin C, antioxidants, and Omega fatty acids,” added Dr. Rajiv Chhabra.

The report observes that air pollution is a significant risk factor for respiratory diseases which include asthma, chronic obstructive pulmonary disease (COPD), pulmonary fibrosis, pneumonia, and lung cancer. Exposure to air pollution on the road increases the chances of developing respiratory diseases by 16%. Air particulate matter (PM) pollution, PM2.5, and PM10 particles can penetrate deep into the lungs’ passageways and are most harmful to health causing excessive premature mortality.

Air pollution affects skin diseases the most, increasing the chances by as high as 52%. Air pollutants may lead to skin aging, inﬂammatory or allergic conditions such as atopic dermatitis, psoriasis and acne, and skin cancer. Indoor air pollution such as workplace and household air pollution are major risk factors with a prevalence of 20.1% and 28.7% respectively. The report covered 2,33,672 people and 673 public health offices in 21 states to analyse the rising cases of NCDs and the social profile of suffering households.