Indian SARS-CoV-2 Genomics Consortium (INSACOG)is a consortium of 28 laboratories of Ministry of Health & Family Welfare, Dept. of Biotechnology, Indian Council of Medical Research (ICMR) and Council of Scientific and Industrial Research (CSIR) for whole genome sequencing in the context of COVID-19 pandemic. In a recent interview, Dr N K Arora, Co-Chair, INSACOG elaborates about the Standard Operating Procedure (SOP) for testing and follow-up on variants, what makes the Delta variant so transmissible, how genomic surveillance can help contain its spread, and reemphasises on the importance of COVID appropriate behaviour. 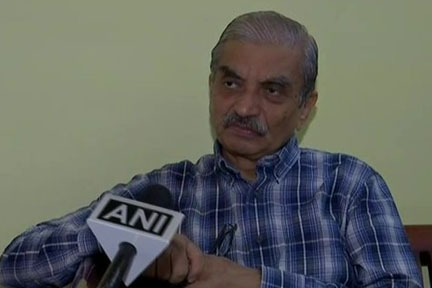 Recently INSACOG expanded its reach. What is the thought behind its expansion?

There is a need to keep a strict vigil on the emergence of variants of concern and outbreaks so that they can be contained before they spread to a larger region. The Indian SARS-CoV-2 Genomics Consortium (INSACOG), established in December 2020, was a consortium of 10 laboratories. Recently 18 more laboratories became part of it.The idea is to have a strong network of laboratories to do genomic surveillance of the SARS-CoV-2 and correlate whole genomics sequencing (WGS) data with clinical and epidemiological data to see whether or not a variant is more transmissible, causes more severe disease, escaping immunity or causing breakthrough infections, affecting vaccine efficacy, and diagnosed by current diagnostic tests.

Then National Center for Disease Control (NCDC) analyse this data. The entire country has been divided into geographical regions and each lab is given the responsibility of one particular region. We have formed 180-190 clusters with around 4 districts in each cluster. Regular random swab samples and samples of patients who develop severe illness, vaccine breakthrough infections, and other atypical clinical presentations, are collected and sent to regional laboratories for sequencing. The current capacity of the country is to sequence over 50,000 samples per month; earlier it was approximately 30,000 samples.

What kind of mechanism country has for testing and follow up on variants?

India has a well-established mechanism of Integrated Disease Surveillance. The IDSP coordinates sample collection and transportation from the districts/sentinel sites to Regional Genome Sequencing Laboratories (RGSL). The RGSLs are responsible for genome sequencing and identification of Variants of Concerns (VOC)/Variants of Interest (VOI), Potential Variants of Interest and other mutations. Information on VOC/VOI is directly submitted to the Central Surveillance Unit for clinical-epidemiological correlation in coordination with State Surveillance Officers. The samples are then sent to the designated bio banks.

RGSLs, upon identification of a genomic mutation which could be of public health relevance, submit the same to Scientific and Clinical Advisory Group (SCAG). SCAG thereafter discusses the Potential Variants of Interest and other mutations with experts and if necessary, recommends to the Central Surveillance Unit for further investigation.

Sharing of information and clinical-epidemiological correlation is done by IDSP, a unit of NCDC, along with the Ministry of Health, the Indian Council for Medical Research, Department of Biotechnology, Council for Scientific and Industrial Research and state authorities.Finally, the new mutations/variants of concern are cultured and scientific studies are undertaken to see the impact on infectiousness, virulence, vaccine efficacy and immune escape properties.

The Delta variant has been in focus as a global concern. What makes this variant so virulent?

B.1.617.2, a variant of COVID-19 is known as the Delta variant. It was first identified in October 2020 in India, and was primarily responsible for the second wave in the country, today accounting for over 80 percent of new Covid-19 cases. It emerged in Maharashtra and travelled northwards along the western states of the country before entering the central and the eastern states. It has mutations in its spike protein, which helps it bind to the ACE2 receptors present on the surface of the cells more firmly, making it more transmissible and capable of evading the body’s immunity. It is around 40-60 percent more transmissible than its predecessor (Alpha variant) and has already spread to more than 80 countries, including the UK, the USA, Singapore, and so on.

Does it also cause more severe disease as compared to other variants?

There are studies that show that there are some mutations in this variant that promote syncytium formation. Besides, on invading a human cell, it replicates faster. It leads to a strong inflammatory response in organs like the lungs. However it is difficult to say that disease due to delta variant is more severe. The age profile and the deaths during the second wave in India were quite similar to that seen during first wave.

Is Delta Plus variant more aggressive than Delta variant?

The Delta Plus variant—AY.1 and AY.2—has so far been detected in 55-60 cases across 11 states, including Maharashtra, Tamil Nadu, and Madhya Pradesh. AY.1 is also found in countries like Nepal, Portugal, Switzerland, Poland, Japan but AY.2 is less prevalent. The variant is still being studied for its transmissibility, virulence, and vaccines escape characteristics.

Are the vaccines effective against the Delta variant?

Yes, current vaccines are effective against Delta Variant as per the studies undertaken by ICMR on the issue.

Some parts of the country are still witnessing a spurt in the number of cases. Why?

Though there is a significant dip in the number of cases in most parts of the country, some regions are witnessing a high-Test Positivity Rate (TPR) particularly in the north-eastern parts of the country and several districts in the southern states, most of these cases could be due to the Delta variant.

Can future waves be prevented?

A virus begins infecting a part of the population, which is most susceptible and also exposed to the infection. It diminishes after it successfully infects a large proportion of the population and strikes back when the immunity developed in the people post-natural infection fades. The cases may go up if a new, more infectious variant comes. In other words, next wave will be driven by a virus variant to which significant proportion of population is susceptible. The second wave is still going on. Any future waves will be controlled and delayed if more and more people get vaccinated and most importantly, people follow COVID-Appropriate Behaviour effectively, especially till a substantial part of our population gets vaccinated. People need to focus on vaccination and adherence to COVID Appropriate Behaviour to manage COVID-19.