India’s pharmaceutical industry can meet the requirements of the world: NgoziOkonjo-Iweala, DG, WTO

NgoziOkonjo-Iweala, Director General, World Trade Organisationtoday said that India’s pharmaceutical industry can meet the requirements of the world. She was speaking at the Partnership Summit 2021, organised by CII in partnership with Department of Promotion of Industry and Internal Trade (DPIIT), Government of India. 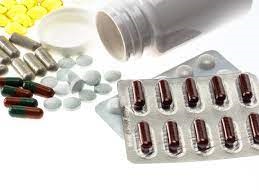 The Director General said that while world growth rate was expected at 9.5% for the current year, a grave inequality in the fiscal capacity for vaccine production as well as distribution has impacted the low income economics. The trend in trade recovery is positive for advanced economies whereas low income or underdeveloped countries are facing severe challenges.

Therefore, the need of the hour is to harness global partnerships in the form of government to government collaboration and business to business collaborations to counter the impact of the global pandemic. There is a need to ensure global access to vaccines while decentralizing its manufacturing processes, added the WTO DG.

WTO and other multilateral institutions such as IMF and WHO are constantly advocating for ensuring movement of medicine across borders. With regards to trade in services, the need to address challenges in mode 2 (movement of professionals across borders) was mentioned. Although the MC12 was canceled at the last moment, DrOkonjo-Iweala said, “I am urging Members to reach an agreement by the end of February at the latest and I am happy to report that Members have resumed negotiations on the TRIPS waiver as well as other aspects.” The Director General also highlighted the need for clean and green trade.

Lauding India’s prowess, the DG said, “India is a global pharmaceutical powerhouse and the incredible response of its pharmaceutical sector to the pandemic points to potential of the sector not only to meet demand at home but also around the world.”

“India as one of the founding members of the WTO believes that bilateral agreements can never substitute multilateralism,” said Piyush Goyal, Minister of Commerce & Industry, Textiles, Consumer Affairs, Food and Public Distribution, Government of India.

Goyal said that there is definitely a need to focus on the trade in services sector, as it holds great potential and the world rules would evolve accordingly in areas such as digital trade. India can also support low income economies and less developed nations via technology transfer, capacity building and skill development in services sector with special focus on Africa.

TV Narendran, President, Confederation of Indian Industry highlighted the importance of trade in helping economies recover from the economic impact of COVID 19. “To ensure that the trade growth is inclusive, it is critical for the nations to collectively create an environment that will not only revert to strong trade path but will also sustain it and an open trade regime can play a critical role in this regard and reduce poverty across the world,” he said.

Chandrajit Banerjee, Director General, CII noted that trade is recognized as a key factor for meeting the SDGs and therefore boosting trade can play a key role in protecting livelihoods.