Over three months after a public interest litigation (PIL) in Bombay high court sought doorstep Covid vaccination for the elderly and ailing, the Maharashtra government and the Mumbai civic administration told the court they will launch a drive in Mumbai on August 1 to immunize 3,505 bed-ridden, wheelchair-bound, terminally ill and physically disabled persons in their homes. 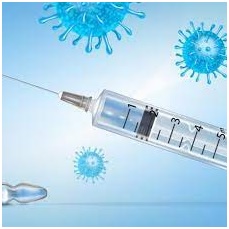 The HC bench of chief justice Dipankar Datta and justice Kulkarni, which conducted over 17 hearings of the case, responded to the assurance saying, “There were enormous expectations of such persons from the central policy...we record our satisfaction that the State has done its bit.”

State advocate general Ashutosh Kumbhakoni said the policy was being given final touches and BMC’s senior counsel Anil Sakhare said its health department has green-lit the plan to start home delivery of jab from August 1.

Advocates Dhruti Kapadia and Kunal Tiwari had filed the PIL seeking a direction to bring in a doorstep immunisation policy for senior citizens and the specially-abled who cannot step out or even be transported to vaccination centres. Kumbhakoni said the state has, in fact, “widened’’ the scope of persons to be included.

At the last hearing, the government had said a pilot project would begin in Pune. The HC had proposed Pimpri Chinchwad as a test site after noting that it had almost 2,000 bedridden persons registered on the state’s email and social media sites, in contrast to Pune’s 50.

After public notices were placed in newspapers and on the state’s website following the last hearing on July 16, number of patients expressing interest in being vaccinated at home in Mumbai rose to 3,505. Hence, Kumbhakoni said, they would start the drive in Mumbai. The vaccines “will be free of cost” he added.

“Kumbhakoni also submitted that the policy guidelines shall be finalized, without major modifications to the draft that was placed before us, and a status report with regard to progress made in vaccination of the eligible individuals would be placed on August 06, 2021,’’ said the HC in its order.

“We hope and trust that the State as well as the MCGM shall leave no stone unturned to ensure that eligible bedridden and immobile individuals/patients also have the benefit of Covid vaccines in the manner as proposed by the State,’’ added the HC.

On June 9, the HC in its order had likened the Centre’s near-to-home vaccination policy as “taking the war against the enemy to the borders but falls clearly short of a ‘surgical strike’ on the virus which is the need of the hour and could have been possible by administering the vaccines to the bedridden.’’