Affordable and dual-powered defibrillator made by an Indian start-up

A start-up funded by the Department of Biotechnology (DBT) has developed an affordable, low-weight defibrillator that experts believe is more reliable than traditional ones, according to an official statement on Monday. Jeevtronics Pvt Ltd has developed SanMitra 1000 HCT, the hand-cranked dual-powered defibrillator. 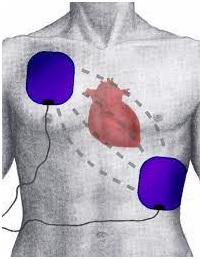 "The affordable, low-weight device is considered more reliable than traditional defibrillators by experts as it can be used even in the areas where electricity is unavailable," the DBT said in the statement.

The device works with both AC mains and a hand-cranked generator built into the unit, and does not require any battery change.

The start-up has reported that the device's battery has been tested for a large number of charge-discharge cycles thereby making it cost-effective.

The device is ideal for hospitals located in cities and remote areas. So far, over 200 devices have been deployed across India and Africa, according to information provided by the start-up, it added.

Jeevtronics has already received four patents in the US and India, and had been facilitated financially by the Biotechnology Industry Research Assistance Council (BIRAC) in the past.

SanMitra 1000 HCT is designed to international IEC standards for medical devices and the patented technology costs Rs 99,999 plus taxes, which is one-fourth of the big brands, as reported by the start-up.

These defibrillators can be usually preferred over chest compressions (CPR), and can even prove fruitful in treating COVID-19 patients suffering from issues related to rate or rhythm of the heartbeat (Arrythmias).

According to the start-up, it has also developed the only Make-in-India "ambulance grade" defibrillator, named as JeevtronicsSanMitra 1000 HCT EMS, which has been tested at ARAI and will be priced at fraction of the cost of MNC brands, it added.