Depression is one of the most common mental disorders. According to Mental Health Experts, it occurs across all the age groups and is twice as common in females as compared to males. It is treatable and the treatment should be started as early as possible. 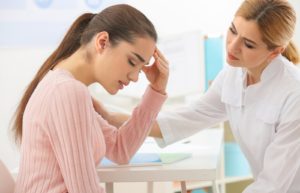 According to World Health Organization (WHO), depression is one of the leading causes of disability. Suicide is the second leading cause of death among 15-29-year-olds. People with severe mental health conditions die prematurely as much as two decades early due to preventable physical conditions. These facts are a waking reality for all countries to re-think their approaches to mental health and to treat it with the urgency that it deserves.

“It can also occur quite commonly with the other chronic physical and mental disorders as well. If left untreated it can be severe in intensity and can lead to even suicidal tendency, a psychiatric emergency,” said  Prof. P K Dalal, President-Indian Psychiatric Society and Former Professor & Head Department of Psychiatry KGMU, Lucknow. He was addressing a webinar on “Depression Management and Treatment” organised by Assocham under its  ‘Illness to Wellness’ series.

He said around 10 to 15 per cent people suffering with depression can commit suicide and around 20 per cent more can attempt for suicide. The person should be immediately hospitalised and treated. There are now good medicines and other therapies available for the treatment of depression.

Prof Dalal added, “Medicines to treat depression are neither habit forming nor sedating in nature. The treatment can be easily tapered off after the person remains fully asymptomatic for a considerable period.”

The key to get to the core of the issue is by addressing and communicating in a safe space. “The continuing stigma associated with mental illness was the reason why we decided to come out and talk openly about it,” said Dr Ishita Mukerji, Program Director and Senior Psychologist, Kaleidoscope.

“A better understanding of depression and how it can be treated, while essential, is just the beginning. What needs to follow is sustained scale-up of mental health services accessible to everyone, even the most remote populations in the world,” added  Dr Mukerji.

According to the experts, depression is bio-psycho-social in nature, because of which a strong link between developing depressive symptoms & chronic illnesses can be established. Amidst the many important inputs during the webinar, it was also suggested that physicians who diagnose patients with chronic disorders must map the psychological impact with equal importance as co-morbidity can magnify due to interlinking of diseases.

Between adjusting to Work from home, children’s online school-college education, lack of contact with other family members, friends and colleagues and accepting the changes of lifestyle while mitigating the fear of contracting the virus, the mental health of people took a beating. Stress became a common and consistent emotion.

Reflecting on how stress and depression are often confused with each other, Dr Akshay Kumar, Associate Consultant, Mental Health and Behavioural Science, Artemis Hospital said, “Stress and anxiety are very different from Depression. Stress is not a disorder, but more of a reaction triggered by an external stimulus which may be uncomfortable. It is often used within the professional context to indicate an uncomfortable situation, wherein we must be careful not to interchange the meaning of sadness, stress, anxiety, and depression. Chronic disorder can lead to depression, if not monitored within time.”

The critical takeaways from the insightful session, included ways to handle a person with suicidal ideation with utmost vigilance on behalf of family members & social support, tips to parents and children on time management and active listening to prevent feelings of isolation and detachment, stages of post-partum depression, looking out for symptoms of depression in someone suffering from prolonged sadness and normalizing seeking professional help to resolve and steer ahead.