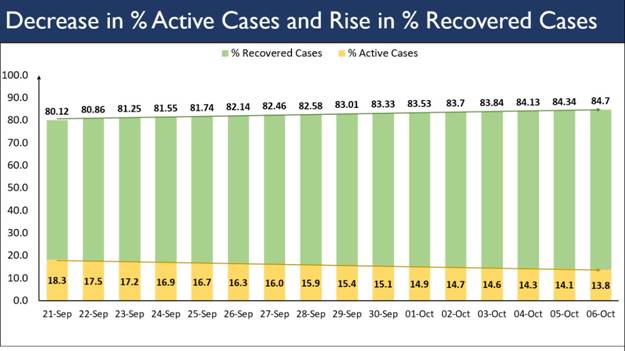 Nearly 61,000  new confirmed cases were recorded in last 24 hours. 75% of the new cases are from 10 States and UTs. Maharashtra continues to be the State reporting a very high number of new cases with more than 10,000 cases followed by Karnataka with more than 7,000 cases. 884 case fatalities have been reported in the past 24 hours.