• India is accounted for nearly 15% of the global mental, neurological, and substance abuse disorder(WHO).

To create awareness on Mental Health among all sections of society, Mental Health Awareness Forum (MHAF) is all set to develop a Mental Health Manifesto for India. With professionals and experts from different segments onboard, the Forum is on its way to a time-bound, action-oriented project which will create an actionable impact on society. 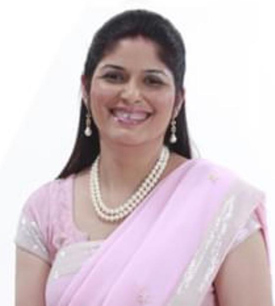 A report by the World Health Organization (WHO) revealed that 7.5% of the Indian population suffers from some form of mental disorder. Mental Illnesses constitutes one-sixth of all health-related disorders. India is accounted for nearly 15% of the global mental, neurological, and substance abuse disorder. For a country of 1.3 billion people, we have less than 4000 experts available who can provide professional advice on how to tackle mental health disorders.

“Issue of Mental Health is of national importance; its mass redressal and awareness will build a strong foundation for India's future. We have a piquant situation in India, every year, youngsters in the age group of 14-18 commit suicide due to mental stress and societal expectations and these figures have led us to form a Mental Health forum under the guidance of Dr Jitendra Nagpal, (Senior consultant, Mental Health, Moolchand Medicity.,” said Chavi Hemanth, Founder, EBS India Inc and Convener of the Forum, her visions towards this is,

• To seek the attention of the society to treat Mental health Disease like any other disease of human body.

• Take this forum to a global platform.

• To create awareness among all the sections of the society and make Mental Health Alleviation a joint campaign which unites all the stake holders.

• We endeavour to make this project a actionable impact on the society. Outline support & voluntary responsibilities:

In urban India, there is a certain degree of consciousness among people about the subject of mental health. However, awareness in rural India about mental health disorders is negligible.

According to experts, if India has to emerge as a five trillion-dollar economy which is self-reliant and strong, it has to invest in its young adults and children now. This can happen only when India focuses on bringing mental well-being as an integral part of a healthy human body.

“A holistic debate, discussion and brainstorming will pave the way forward for Mental Health Manifesto for India through which we will find implementable solutions & responsibility for each stakeholder of the society,” said Kulpreet Freddy Vesuna, MD, Impact Public Relations and Professional Advisor, MHAF.

“This Forum is not just restricted to India, the research, discussions, and debates will lead the forum towards a global platform with the support of our organisation,” Anuradha Singhai, Founder and President, Indo-European Chamber of commerce and industry (IECCI) added.