Evidence from LASI will be used to further broaden the scope of National Programme for Health Care of the Elderly : Dr Harsh Vardhan

Longitudinal Ageing Study of India (LASI) is a national survey of scientific investigation of the health, economic, and social determinants and consequences of population ageing in India. Through International Institute for Population Sciences, (IIPS), Mumbai in collaboration with Harvard School of Public Health, University of Southern California, USA, Dte.GHS, United Nations Population Fund (UNFPA) and National Institute on Ageing, The National Programme for Health Care of Elderly, Ministry of Health & Family Welfare has undertaken the Longitudinal Ageing Study of India. 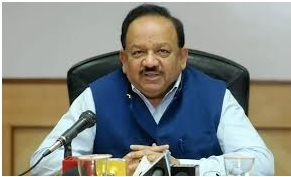 Expressing his happiness on the release of the report, Dr. Harsh Vardhan said, “It is India’s first and the world’s largest ever survey that provides a longitudinal database for designing policies and programmes for the older population in the broad domains of social, health, and economic well-being. The evidence from LASI will be used to further strengthen and broaden the scope of National Programme for Health Care of the Elderly and also help in establishing a range of preventive and health care programmes for older population and most vulnerable among them.”

Highlighting the importance of LASI, Dr Vardhan noted, “In 2011 census, the 60+ population accounted for 8.6% of India’s population, accounting for 103 million elderly people. Growing at around 3% annually, the number of elderly age population will rise to 319 million in 2050. 75% of the elderly people suffer from one or the other chronic disease. 40% of the elderly people have one or the other disability and 20% have issues related to mental health. This report will provide base for national and state level programmes and policies for elderly population.”

He added, “The LASI has embraced state-of-the-art large-scale survey protocols and field implementation strategies including representative sample of India and its States, socioeconomic spectrum, an expansive topical focus, a longitudinal design, and the use of Computer Assisted Personal Interviewing(CAPI) technology for data collection, quality control, and Geographic Information System (GIS). A unique feature of LASI is the coverage of comprehensive biomarkers. No other survey in India collects detailed data on health and biomarkers together with information on family and social network, income, assets, and consumption.”

Dr Vardhan said that the LASI data shall assist in addressing the broad aims of the Decade of Healthy Ageing and will not only lead to convergence within various national health programs but also promote inter-sectoral coordination with other line Departments or Ministries.