Ban on sale of loose cigarettes, Government proposes to raise smoking age to 21

Earlier the smoking age was 18 onwards but now the government has proposed to increase smoking age from 18 to 21. It is also focusing on banning sale of loose cigarettes, doing away with smoking rooms at public places like airports, and restaurants and increasing penalties for flouting public smoking rules in an endeavor to curb smoking in the country. 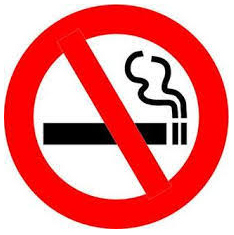 The Union Health Ministry has drafted the Cigarettes and Other Tobacco Products (Prohibition of Advertisement and Regulation of Trade and Commerce, Production, Supply and Distribution) (Amendment) Bill 2020 after a three-year-long meticulous exercise.

Section 6 received some major amendments in the new draft. One of it is to increase the legal smoking age from 18 to 21 years. “No person shall sell, offer for sale, or permit sale of cigarettes or any other tobacco product to or by any person who is under 21 years of age,” reads the draft amendment released on the ministry’s website to elicit views and comments of the public. The 2003 Act had specified this age as 18 years.

In Section 7, a proviso has been inserted which says, “Provided that trade and commerce in cigarette or any other tobacco product shall be in sealed, intact and original packing.”

Section 4 of the 2003 Act bans smoking in public but provides for a smoking area “in a hotel having 30 rooms or a restaurant having seating capacity of 30 persons or more and in the airports”. A step is also being proposed to do away with smoking rooms at public places. In the draft bill, this proviso has been deleted, affecting a complete ban on public smoking in India.

Fine for smoking in public is also proposed to be increased from Rs 200 to Rs 2,000.  In addition to that, penalty for selling tobacco products to people especially children who are below the legal smoking age is also being increased from two years imprisonment and Rs 1,000 to seven years’ imprisonment and up to Rs 1 lakh fine.

For manufacturing or importing illicit cigarettes or tobacco products, the government has proposed stricter punishment and imposition of penalties. The health ministry had proposed a number of amendments to the 2003 legislation and put the draft in the public domain in 2015. However, it was withdrawn in 2017 to have a relook at the draft provisions and come up with a better version. The ministry re-initiated the process of amending the legislation and formed a sub-group.