As the second wave hit the country, India continued to report new peaks in daily Covid-19 cases with a record 1.85 lakh fresh infections added to the caseload on Tuesday, an 8.5% rise from the previous peak of 1.7 lakh recorded on Sunday. 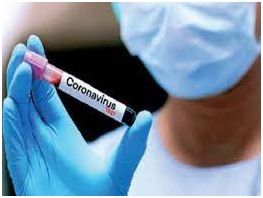 Daily deaths crossed 1,000 for the first time since October 2, with at least 1,035 fatalities recorded on Tuesday, with data from Assam yet to be received till late at night.

New cases in the last 24 hours stood at 1,84,705, with Assam's count yet to be added. This was the eighth new all-time of daily cases reported in the last 10 days. During this period, the peak has risen from 1,03844 on April 4, registering a steep 78% increase. Seven states posted their highest-ever daily case count on Tuesday, led by Uttar Pradesh, which recorded 18,021 fresh infections in a single day.

Chhattisgarh logged another fresh high with 15,121 new cases in the state and as many as 156 more deaths in a single day. The state has been registering the highest fatalities in the country after Maharashtra over the past eight days.

Maharashtra recorded 60,212 fresh cases, the second-highest daily count after 63,294 cases reported on Sunday. Cases in Mumbai fell below 8,000 (at 7,873) for the first time since March 13. The state continued to register the highest death toll in the country. But Tuesday's deaths, at 281, were lower than the toll recorded in recent days.

Deaths from the virus were rising sharply across several states. After Maharashtra and Chhattisgarh, Uttar Pradesh reported the highest toll on Tuesday at 85, followed by Delhi (81), Karnataka and Gujarat (67 each), Punjab (53), and Madhya Pradesh (40).