Amid unprecedented pandemic and its cascading effects on human lives, the efforts are on to make the world a better place to live. The efficient management of human health has got more prominence compared to previous decades and technology has been playing a catalyzing role in the pursuit of a better life for everyone. While managing COVID-19, countries are also focusing attention on ill-effects modernization with technology and across global serious debate is going on minimizing the risks triggered by technological development. Are we really ‘living in an interesting time’? The ‘Chinese Curse’ has shown the ugliest form globally. Technology is being considered a saviour but it is also admitted that it is a threat also and need attention.   A case in point is 5 G radiation and its impact on human health. 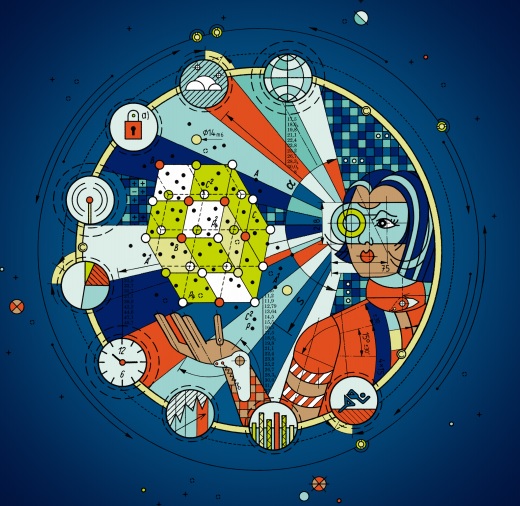 Over the past few years, 5G has emerged as a major issue for various reasons. Blaming technologies for corona virus some countries like the UK witnessed people vandalising 5G towers out of anger.  In India last year, a group of scientists and experts started a movement against 5 G citing several reasons.  They cautioned the Government against rushing into auctioning of spectrum for the industry to roll out 5G technology-based services in the country.

Indian scientists fear that by auctioning the airwaves to raise an estimated Rs 6 lakh crore, commercial interests might override, even overrule, prudence. These scientists could have taken a cue from a similar campaign of scientists in Europe, who have started a web-based “5G appeal” -- so far, 244 scientists have joined the appeal. The website, 5gappeal.eu lists out their names.

The public domain today abounds with videos on the ill effects of 5G. Dr Martin Pall, Professor Emeritus of Biochemistry and Basic Medical Sciences at the Washington State University, USA, says that “putting in tens of millions of 5G antennae without a single biological test of safety has got to be the stupidest idea anyone has had in the history of the world.” Now, Indian scientists have begun to lend their support in favour of comprehensive studies on the possible deleterious effects of 5G on the health of humans and the environment.

A new report by Deloitte titled Technology, Media, and Telecommunications Predictions 2021 says that the fears around 5G are grossly overblown. "We predict that in 2021, it is very unlikely that the radiation from 5G mobile networks and 5G phones will affect the health of any single individual, be it a 5G user, a user of any other generation of mobile phones, or any individual in the vicinity of a mobile network but not using a mobile device," says the report.

Delving deep into the subject, the report further notes that the most common perception about 5G is that it causes cancer, and the second fear is that 5G-emitted radiation weakens the immune system, enabling COVID-19 to spread. It adds that despite extensive scientific evidence proving that mobile phone technologies have no adverse health impacts, between 10-20 per cent of adults in many advanced economies will mistakenly equate 5G with possible harm to their health.

"5G does generate radiation, but at very safe levels, and none of it is radioactive radiation. 5G base stations and phones, and the frequency ranges within which 5G operates, are very likely to be operating well within safe parameters in 2021 and throughout 5G's lifetime which may extend to two decades," the report states.

Anti-5 G scientists argue that Wireless technology works by sending signals that are transmitted as energy waves. According to them, beam 5G radiations on some rats or humans is not enough. Ill effects of radiation often show up after a time lag. Even if humans are shown to be safe, the effects on flora and fauna must be comprehensively studied.

Defenders of 5G emphasise that the 5G radiation is non-ionizing, hence safe. They argue that the history of new technologies getting undue criticism goes way back in time when people believed the impact of TV sets on human health. Recently, a report, by Deloitte on Technology, Media and Telecommunication, says that the power transmission from mobile telephony, including 5G, is far lower than that from light bulbs, TV, radio towers, or even sunlight on an overcast day.

"The power transmitted by the mobile phones used in 2021 and into the foreseeable future can reach up to two watts, depending on the age of the phone. It can be as low as 0.001 watts, with the vast majority of devices in use this year peaking at 1 watt. By comparison, the power transmitted by CB [citizens band] radios, which have been in use for decades, reaches up to four watts. As with a phone, a base station's power level declines with distance from its transmitter. An individual 100 meters away from a 5G macrocell antenna located at 30 meters' height would absorb less than one microwatt (one-thousandth of a watt) of power," the report points out.

Notwithstanding the debate over ills of 5 G radiation, technology will continue to transform how we work and live in 2021 and beyond. Hence, there must be a road map, and the roll-out of 5 G  could be done guardedly, in phases.