Both Covxin and Covishield are effective against the UK variant, which is one of the prevailing mutations found in the country, senior officials said. Officials said so far there has been no Indian variant as only a double mutation has been found in Maharashtra. 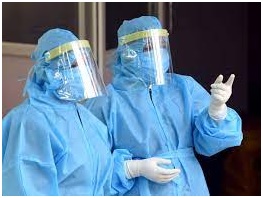 So far, three “imported variants”, UK, South Africa and Brazilian have been detected in India. During genome sequencing of samples, the total number of cases with these variants of the Covid-19 virus adds up to 948 till Monday evening. The presence of UK and South African variants is more in samples sequences in India, whereas very few samples have tested positive for the Brazilian variant.

Even as there have been concerns about double mutations being the cause of spread in Maharashtra and whether it can be an Indian strain, officials said data so far does not support such a conclusion. ICMR researchers continue to study if the double mutations are causing faster transmission of the infection, an official said.

“The virus may continue to mutate and generate new variants. Only following of Covid appropriate behaviour can control the transmission or break the chain,” the official said.

Meanwhile, amid an alarming rise in Covid19 cases in Delhi, the sixth round of the serological survey, which seeks to find the prevalence of antibodies against coronavirusin people, got underway in the national capital on Monday. Sources said around 28,000 samples, about 100 from each of the 272 wards, will be collected as part of the exercise.

In the sixth round of the sero survey, the vaccination history of participants will also be taken, the sources said. The first sero survey was conducted by the Delhi government in association with the National Centre for Disease Control (NCDC) from June 27 to July 10 last year. As part of the exercise, 21,387 samples were collected and it was found that around 23 per cent of the participants had been exposed to coronavirus.

The outcome of the fifth round of sero survey had found the prevalence of antibodies against coronavirus among over 50 per cent population of the city.

As part of the survey that ended in January, samples were collected from over 25,000 people from various districts of the city. The exercise was undertaken for a comprehensive assessment of the Covid-19 situation in Delhi and to formulate strategies based on their findings.

Delhi recorded its biggest daily rise of 10,774 Covid-19 cases on Sunday, prompting Kejriwal to issue a stark warning to residents that they should not step out of their homes unless it is urgent. The fourth wave is more dangerous than the previous ones, he said during an online briefing on the Covid-19 situation in the city.