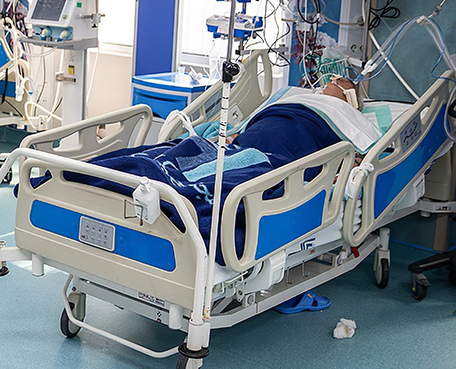 Meanwhile on Tuesday, Indian Council of Medical Research (ICMR) chief said that with at least three cases of Covid-19 re-infection having been identified in the country, India is taking 100 days as the cut-off period in identification of re-infection of novel coronavirus cases.

Dr Balram Bhargava, ICMR Director-General, said that the definition of reinfection, “whether it is 90 days or 100 days is still not decided by even WHO”, and that India is “taking the cut-off of about 100 days if the reinfection occurs.”

“Because that is what we have assumed as the life of antibodies also… it is still work in progress,” he added.

“Few reinfection cases have been identified including two in Mumbai and one in Ahmedabad. We have some data from WHO, which says that there are about two dozen reinfection cases in the world. We are looking at the ICMR database… and finding out from those who have reinfection and making telephonic contact with them to get more data,” Bhargava said. He reiterated that the mutations that are likely to have triggered reinfections will have little impact on the clinical trials for the Covid-19 vaccine.

During the weekly briefing, Health Secretary Rajesh Bhushan highlighted that a significant 35 per cent of deaths have occurred in the age group of 45-60 years, indicating that this age group is highly vulnerable, in the backdrop of resumption of economic activities.

“Many a times, the young population thinks they are healthy because of age and that they will not get infection or that they will recover early; people should avoid making such assumptions. The case fatality rare data also shows that the comorbid patients in the age-group of 45-60 are at higher risk; this age group has seen 13.9 per cent deaths in comorbid conditions and only 1.5 per cent deaths without comorbidities,” Bhushan said.

Meanwhile, with active cases below 9 lakh for five consecutive days and the weekly positivity rate at 6.24 per cent. Union Health Minister Dr Harsh Vardhan and Niti Aayog member Dr V K Paul have warned that the festive season and winter could likely result in a surge of cases if precautions are not taken.  Dr Harsh Vardhan said that  India is expected to have a Covid-19 vaccine from more than one source by early next year and the government is formulating distribution strategies for the immunisation of people across the country.