Prime Minister Narendra Modi on Tuesday urged Chief Ministers (CMs) of the states to send a detailed plan on how they plan to take the vaccine to lowest levels.  He was interacting with the CMs of states that are witnessing a surge in Covid cases. 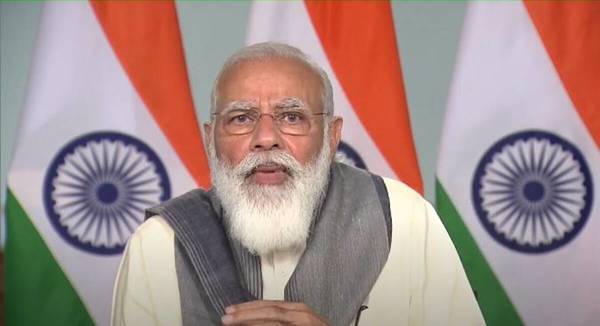 During the interaction, Modi said, “ I urge states to send detailed plans soon on how they plan to take the vaccine to lowest levels. It will help us in making decisions as your experiences are valuable. I hope for your pro-active participation. Vaccine work is ongoing but I request you there should be no carelessness. ”

Chairing the review meeting Modi said that the government was keeping a close watch on the development of Covid-19 vaccines and assured that the vaccine for citizens will meet all necessary scientific criteria. The Prime Minister asked CMs to work towards bringing down the positivity rate to nearly 5 per cent and the fatality rate to under 1 per cent and called for more RT-PCR tests. “We need to speed up our efforts to reduce transmission of the virus. Testing, confirmation, contact tracing and data must be given top priority,” he said, cautioning the states and union territories against any laxity in fighting the COVID-19 pandemic.

The cumulative national COVID-19 positivity rate stands at 6.87 per cent as on date, while the daily positivity rate is 3.45 per cent, as per the health ministry data. The Prime Minister underlined that just like the focus in the fight against Covid has been on saving each and every life, the priority would be to ensure that the vaccine reaches everyone. The modalities of Covid-19 vaccine delivery, distribution and administration were crucially discussed during the meeting.

Modi said a special emphasis of the PM-CARES fund had been to make available oxygen, while efforts were on to make medical colleges and district hospitals self-sufficient in terms of oxygen generation. He also informed the chief ministers that the process for establishing more than 160 new oxygen plants was underway. The Prime Minister said there had been broadly four stages in terms of how the people reacted to the pandemic.

The first was of fear, when people reacted in panic, while the second stage saw cropping up of doubts about the virus, when several people tried to hide that they had been afflicted by it. The third stage was of acceptance, when people became more serious about the virus and displayed greater alertness, while in the fourth stage, with increasing recovery rate, people developed a false notion of security from the virus, thus leading to rise in instances of negligence, Modi said.

Modi has held several rounds of virtual meetings with states over the coronavirus situation so far. While the national daily COVID-19 case count has remained below 50,000 for some time, several urban centres have witnessed a surge, resulting in enforcement of several measures, including curfews in some cities.