COVID-19 Vaccine by Poonawalas for Community and Common man

The largest vaccine manufacturer in the world, Serum Institute of India (SII)-owned by a reputed Parsi family Poonawalas- has partnered with Astra Zeneca for manufacturing the Oxford vaccine candidate for COVID-19. Simultaneously, the Institute has prioritised its distribution to the people of the country and Poonawalas, well known Parsi family of Maharashtra, would take care of both their community and country.

Interestingly, the Parsi community feels proud of the fact that the Serum Institute of India has taken considerable lead in the race to make COVID-19 vaccine available to the people of the country. In a tweet, entrepreneur Ronnie Screwvala had proposed to have a 'special quota' for Parsis. Responding to his tweet Serum Institute of India CEO Adar Poonawalla, said 'more than enough' doses of coronavirus vaccine will be reserved for the Parsi community. 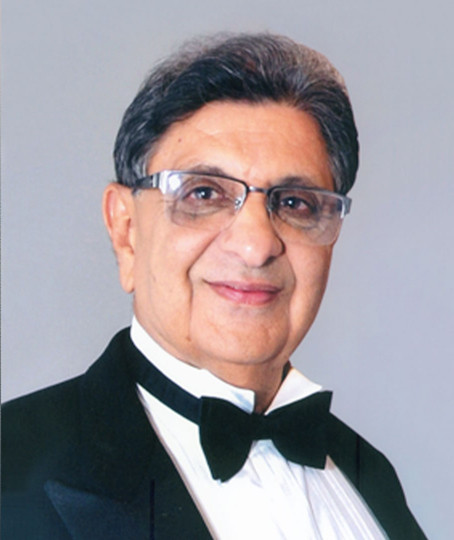 "Yes Ronnie Screwvala, we will keep more than enough for the community. Our production capacity of just one day will be enough to cover every Parsi on the planet...given the size of our community," Poonawala reverted in a tweet.

Srewvala in his tweet had said, "On a lighter note, Since Parsi's are to be extinct race (Though average age of Parsi's show otherwise) there is a lobby that as the vaccine does come in there will be a special quota under saving from extinction race..& why not if a Parsi is at the forefront of it."

Serum Institute of India (SII), which has partnered with AstraZeneca for manufacturing the Oxford vaccine candidate for COVID-19, has sought permission from the Drugs Controller General of India (DCGI) for conducting phase 2 and 3 human clinical trials of the potential vaccine, according to recent media reports.

Oxford University had announced satisfactory progress with the vaccine, making it one of the leading ones among the dozens of vaccine candidates being developed around the world. The SII  has been chosen by Oxford and its partner AstraZeneca to manufacture the vaccine once it gets ready.

To introduce the vaccine, SII has signed an agreement to manufacture the potential vaccine developed by the Jenner Institute (Oxford University) in collaboration with British-Swedish pharma company AstraZeneca. The firm plans to start the phase 2 and 3 human trials in India in August.

Dr. Cyrus S  Poonawalla, Chairman and Managing Director, has been driving the growth of the company since he founded the company in 1966. The SII is now  is now the world's largest vaccine manufacturer by number of doses produced and sold globally (more than 1.5 billion doses) which includes Polio vaccine as well as Diphtheria, Tetanus, Pertussis, Hib, BCG, r-Hepatitis B, Measles, Mumps and Rubella vaccines. It is estimated that about 65% of the children in the world receive at least one vaccine manufactured by Serum Institute. Vaccines manufactured by the Serum Institute are accredited by the World Health Organization, Geneva and are being used in around 170 countries across the globe in their national immunization programs, saving millions of lives throughout the world.

Dr. Cyrus Poonawalla had founded the company with the aim of manufacturing life-saving immuno-biologicals, which were in shortage in the country and imported at high prices. Thereafter, several life-saving biologicals were manufactured at prices affordable to the common man and in abundance, with the result that the country was made self-sufficient for Tetanus Anti-toxin and Anti-snake Venom serum, followed by DTP (Diphtheria, Tetanus and Pertussis) group of Vaccines and then later on MMR (Measles, Mumps and Rubella) group of vaccines.

One may take ‘special quotafor Parsis’ in a lighter note but the Philanthropic philosophy of the company goes beyond the community and the country bounderies. Philanthropic philosophy of the company still not only exists but has been proliferated to bring down the prices of newer vaccines such as Hepatitis-B vaccine, Combination vaccine among others. Thus not only not only Indian's, but the entire under-privileged children of the world are protected from birth onwards.