National Health Policy 2017 proposed major push to Digital Health in the country to meet the growing healthcare needs in the country. Nearly after three years, Union Health Ministry is all set to roll out National Digital Health Mission (NDHM) which has got in-principle approval from the Cabinet. The NDHM is expected to be launched by Prime Minister Narendra Modi on August 15. The new healthcare ecosystem aims to create a digital platform for health records of citizens as well as of caregivers in one place. The NDHM would have four key features including Health IDs, Personal Health Records, Digi Doctor and Health Facility Registry. 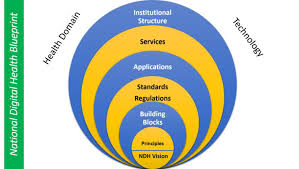 According to a Times of India Report today, the NDHM would have four key features including Health IDs, Personal Health Records, Digi Doctor and Health Facility Registry. The platform is also likely to include e-pharmacy and telemedicine services after the regulatory guidelines for the same are formed.

The digital health ecosystem would be a voluntary one and would be up to the individual, hospitals and doctors to enrol. Health records would be shared only after authorisation by the individuals. Ownership of the data would remain with individuals and consent would be required to access it. The user would have the final say in allowing a medical practitioner or facility to access the health records even for a limited period of time. They would also be able to link their Aadhaar with the unique health ID. The ID would be applicable across states, hospitals, pharmacies and labs, as mentioned in the daily.

The government expects the app to improve efficiency, effectiveness and transparency of health service in India, as mentioned in the daily. The National Health Authority (NHA) that is implementing the Ayushman Bharat scheme has created the platform. The NDHM would be available as an app and website. The technology platforms are ready as well as the cloud infrastructure.

The final proposal is likely to seek Rs 400 crore from the government even as the Ministry of Finance has approved a budget of Rs 470 crore for the proposal. The App is likely to roll out soon after the launch.

Lack of standardization, today is the biggest challenge in healthcare. Digital will act as a catalyst in creation of a standardized healthcare ecosystem in the country. Now NDHM would enable rolling out high impact public health interventions ensuring access in under-served areas and to the dis-advantaged, which can be captured and used in healthcare information to improve quality and digital technology to increase access and lower cost.

Healthcare leaders are of the view that Digital Health could be a game changer in achieving India’s goal of Universal Health Coverage (UHC) by 2030. However, they emphasised that the country needs to increase its investment in innovation to create a robust digital healthcare ecosystem.

In 2017, the Government of India had unveiled the National Health Policy with the mission to provide quality and affordable health services to all. Recognizing the importance of digital health, the government had taken some forward thinking steps and one of them now culminates in the NDHM.