In a very unfortunate incident, eight people have died after a huge fire broke out at a private hospital for coronavirus patients in Gujarat's Ahmedabad early Thursday morning. As the blaze broke out at Shrey Hospital in Ahmedabad's Navrangpura area at around 3 AM, eight fire engines and 10 ambulances of the fire department were rushed to the site. Five men and three women - admitted to the ICU ward - died.  A probe into the incident has been ordered by Gujarat Chief Minter Vijay Rupani and the hospital has been sealed, as per media reports.  The Prime Minister, Shri Narendra Modi, has condoled the loss of lives due to fire at a hospital in Ahmedabad. 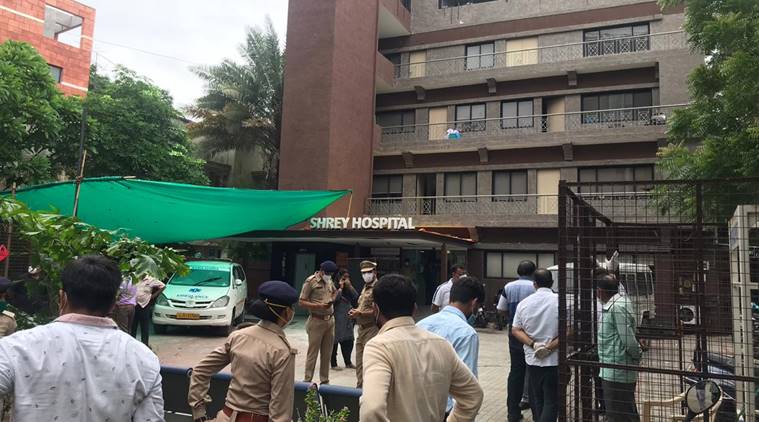 About 45 patients were admitted to the 50-bed hospital at the time of accident; rest of them have been rescued and shifted to Sardar Vallabhbhai Patel Institute of Medical Sciences and Research, a civic hospital in the city, an official said.

Prime Minister Narendra Modi condoled the deaths in his home state. "Saddened by the tragic hospital fire in Ahmedabad. Condolences to the bereaved families. May the injured recover soon. Spoke to CM  @vijayrupanibjp Ji and Mayor @ibijalpatel Ji regarding the situation. Administration is providing all possible assistance to the affected (sic)," he tweeted this morning.

Visuals from the site showed the fire officials carrying out rescue operations as family members of the patients outside the hospital - disturbed as the news of fire broke - tried to get more information about them.

A probe into the incident has been ordered by Gujarat Chief Minter Vijay Rupani and the hospital has been sealed.  "Sangeeta Singh, Additional Chief Secretary (Home Department), will be leading the probe. The Chief Minister has ordered for a report within three days," read a statement by Mr Rupani's office.