People with leprosy endure mental trauma due to 106 discriminatory laws

People with leprosy face social discrimination and endure mental trauma due to 106 discriminatory laws existing in the country. Although significant progress has been made in leprosy treatment, ensuring quick recovery and fewer families abandoning the affected, there is no respite for the patients and there is an urgent need to abolish these provisions. 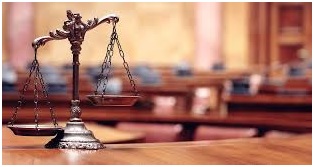 Telangana has three such laws, including the Greater Hyderabad Municipal Corporation Act, 1955 which disqualifies a person suffering from leprosy from being elected as a member. Neighbouring Andhra Pradesh also has such laws.

The discriminatory laws, that feature in the municipal laws, Panchayati Raj Act, transport, marriage and divorce, prevention of  begging, representation in religious institutions, representation in professional associations, laws regarding prisons/leper asylums, deny several rights to the affected. Some even restrain the right to profession and prohibit entry into specific areas.

The Law Commission of India submitted a report to the Centre in 2016 and recommended the repeal of all 120 discriminatory laws, however, only 14 have been scrapped so far. “Although it is under process, the fact that it is taking so long is affecting so many lives. All discriminatory laws against people with leprosy should be repealed at the earliest. Leprosy is preventable and totally curable; therefore, there is no need for a discriminatory law. Currently, one of the biggest concerns is that most of the religions in India recognize this as a ground for divorce. These laws have a huge impact on the patient,” said Prasant Naik, chief executive of Hyderabad-based LEPRA society. LEPRA society along with the International Federation of Anti-Leprosy Associations (ILEP) has studied the subject and is advocating for the cause.

Most of these laws violate the fundamental rights given to every citizen of India. For instance, laws relating to transport restrict leprosy-affected persons from boarding the metro, infringe upon right to equality. “Other discriminatory laws largely infringe upon right to freedom of speech and expression, right to personal liberty and right to life,” added Naik.