India rolled out the massive coronavirus vaccination drive where Covishield and Covaxin are being administered to frontline health workers across the country. Through effective strategy of containment including prompt tracing & tracking, aggressive and widespread testing, combined with standardized clinical management protocols, India has been successful in curbing the spread of the virus. However, The South African and Brazilian mutant strains of coronavirus have entered the country. 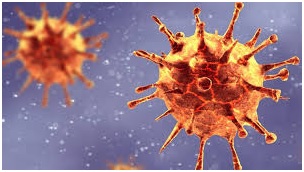 The efficacy of Covishield and Covaxin, the two Indian vaccines currently in use, is likely to be tested against the South Africa variant (501.V2) and Brazil variant (P.1) soon, scientists have said.

The Indian Council of Medical Research (ICMR) had announced on Tuesday that Pune-based National Institute of Virology was in the process of isolating and culturing the South African variant in its lab. The NIV has already readied a culture of the Brazilian variant for testing.

“Serum samples drawn from those who have received the vaccines in India will be used in the lab to test if they can neutralise the two variants that recently entered India,” said Dr Samiran Panda, head of ICMR’s epidemiology and communicable diseases division.

India has recorded four Covid-positive cases with the South African variant and one with the Brazilian variant so far. “It is not necessary that a variant that is more transmissible will turn out to be more virulent. Another question to ask is whether they are associated with rapidly spreading outbreaks,” said Dr Panda.

“For one, the Brazilian variant is believed to be more transmissible and it may have the ability to evade antibodies,” he said. Studies show the South African variant too is more transmissible. Dr Singh did not disclose the locations in the country that reported cases with the mutated versions.