Over 40,000 fresh cases reported in the last 24 hours, India now has 1.11 million infections. As many as 681 casualties were reported in the country, taking the toll to 27,497. There are over 7 lakh recoveries, while nearly 4 lakh are still active cases. This is the first time that India has reported more than 40,000 infections. Maharashtra has reported the highest number of cases, followed by Tamil Nadu, Delhi, Karnataka, Andhra Pradesh, Uttar Pradesh and Gujarat. 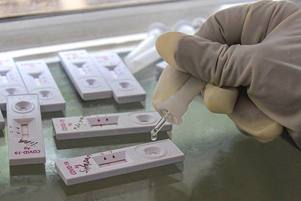 The Health Ministry on Sunday  said that the case fatality rate (CFR) has for the first time dropped below 2.5 per cent. At 2.49 per cent, India’s CFR is 1.78 percentage points lower than the global average. According to data released by the Union Health Ministry, 29 states and Union Territories have a CFR that is below the national average, with 14 states reporting a CFR of less than 1%.

While attributing this drop in CFR to “reporting of cases to the hospital within 24-72 hours” of the patient showing symptoms, sources in the government monitoring the pandemic in the country said the data raise a key red-flag: that some of the deaths in states such as Maharashtra and Gujarat, which have a CFR higher than the national average, were possibly “avoidable”.

The Ministry said that the focused efforts of Centre and State/UT governments on efficient clinical management of hospitalized cases have ensured that India’s Case Fatality Rate has fallen below 2.5%. With effective Containment Strategy, aggressive testing and standardized clinical management protocols based on holistic Standard of Care approach, the Case Fatality Rate has significantly dipped. India has one of the lowest fatality rates in the world.

Under the guidance of the Centre, the State/UT governments have ramped up the testing and hospital infrastructure by combining public and private sector efforts. Many States have conducted the population surveys to map and identify the vulnerable population like the elderly, pregnant women and those with co-morbidities. This, with the help of technological solutions like Mobile Apps, has ensured keeping the high-risk population under continuous observation, thus aiding early identification, timely clinical treatment and reducing fatalities. At the ground level, frontline health workers like ASHAs and ANMs have done a commendable job of managing the migrant population and to enhance awareness at the community level. As a result, there are 29 States and UTs with CFR lower than the India average. 5 States and UTs have a CFR of Zero. 14 States and UTs have a CFR of less than 1%. This shows commendable work done by Public Health Apparatus of the country.

Globally, the pandemic has infected nearly 14.5 million people, with 6-lakh casualties. The United States continues to be the worst-affected followed by Brazil, India, Russia and South Africa.