In the absence of an effective vaccine and improved health infrastructure across states, India could record about 2.87 lakh projected cases of coronavirus per day by the end of winter 2021, according to a study by scientists and researchers from the Massachusetts Institute of Technology (MIT).
MIT professors Hazhir Rahmandad and John Sterman, and PhD candidate Tse Yang Lim, indicated that the top ten countries by projected daily infection rates at the end of winter 2021 are India with 2.87 lakh infections per day, followed by the United States, South Africa, Iran, Indonesia, the UK, Nigeria, Turkey, France, and Germany.
The study used data from about 84 countries spanning an estimated 4.75 billion people. With the help of the global data, the researchers developed a dynamic epidemiological model for projected coronavirus infections. Aggressive testing by nations and reductions in contacts in response to risk perception will significantly reduce future Covid-19 cases while laxer response, negligence and normalisation of risks can lead to outbreaks which could overwhelm existing health infrastructure of countries.
Adding a note of caution, the researchers said that the projections for the spread of the disease are very sensitive to assumed testing of samples, behavioural, and policy responses, and they should be interpreted as indicators of potential risk and not a precise forecast of future cases in several countries. 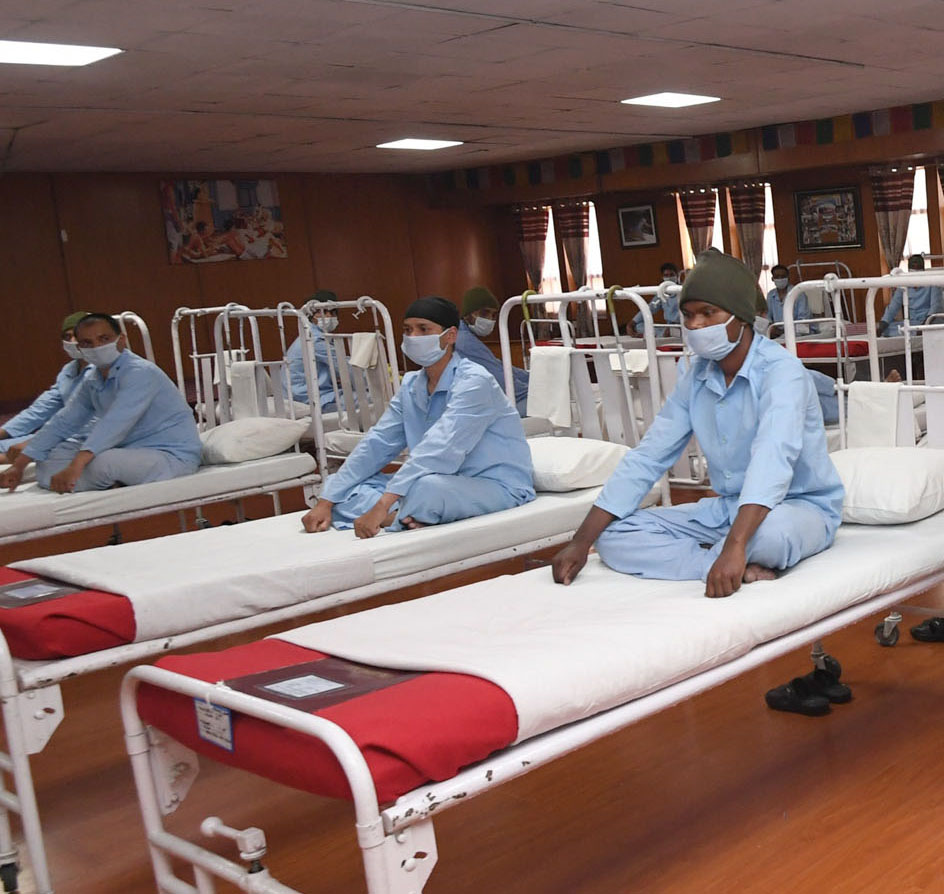 Projections under three scenarios were taken into account as part of the study:
1. Using the current country-specific testing rates and response functions moving forward
2. If enhanced testing -- of 0.1 per cent a day -- is adopted on July 1.
3. If sensitivity of contact rate to perceived risk is set to 8, leaving testing at current levels.
The first two scenarios project a very large burden of new coronavirus cases by the latter half of 2020, with hundreds of millions of cases concentrated in a few countries estimated to have insufficient responses given the high risks, primarily India, but also Bangladesh, Pakistan, and the United States.
“Our model simulates the progression and spread of Covid-19, including how people interact, how many get sick, how many get tested, how many are hospitalized, how many die -- and how people change their behaviour in response to the risk they perceive,” Rahmandad, one of the researchers said.

“We then use a wide range of data to estimate the parameters of the model -- say, what fraction of infections are asymptomatic, and how contagious the virus is -- to give the best match to the real world data,” they said.
On the flip side, the magnitude of the Covid-19 pandemic is widely underreported, the researchers have warned. The authors also cautioned that despite the increasing numbers no country is remotely close to establishing herd immunity to combat the virus.