PM Reviews planning and preparations for vaccination against Covid-19

Prime Minister Narendra Modi on Tuesday chaired a high-level meeting to review the planning and preparations for vaccination against Covid-19, as and when the vaccine is available. Prime Minister noted that vaccination of India’s vast and diverse population will need to factor in issues including those related to management of medical supply chains, prioritization of at-risk populations, coordination between different agencies involved in the process, as well as the role of private sector and civil society in this national endeavour.

Prime Minister enunciated four guiding principles that will form the foundation of this national effort: first, that vulnerable groups should be identified and prioritized for early vaccination, for example doctors, nurses, healthcare workers, non-medical frontline corona warriors, and vulnerable people among the general population; second, that vaccination of “anyone, anywhere” should take place, ie without imposition of any domicile related restrictions for getting the vaccine; third, that vaccination must be affordable and universal - no person should be left behind; and fourth, that the entire process from production to vaccination should be monitored and supported in real time with the use of technology.

PM directed officials to evaluate in a broad manner available technology options that can form the backbone of the national endeavor to vaccinate all in the most efficient and timely manner. He directed that detailed planning for such large scale vaccination should be undertaken immediately. The current status of vaccine development efforts were also reviewed at the meeting. Prime Minister highlighted India’s commitment to play an enabling role in the vaccination efforts against Covid-19. 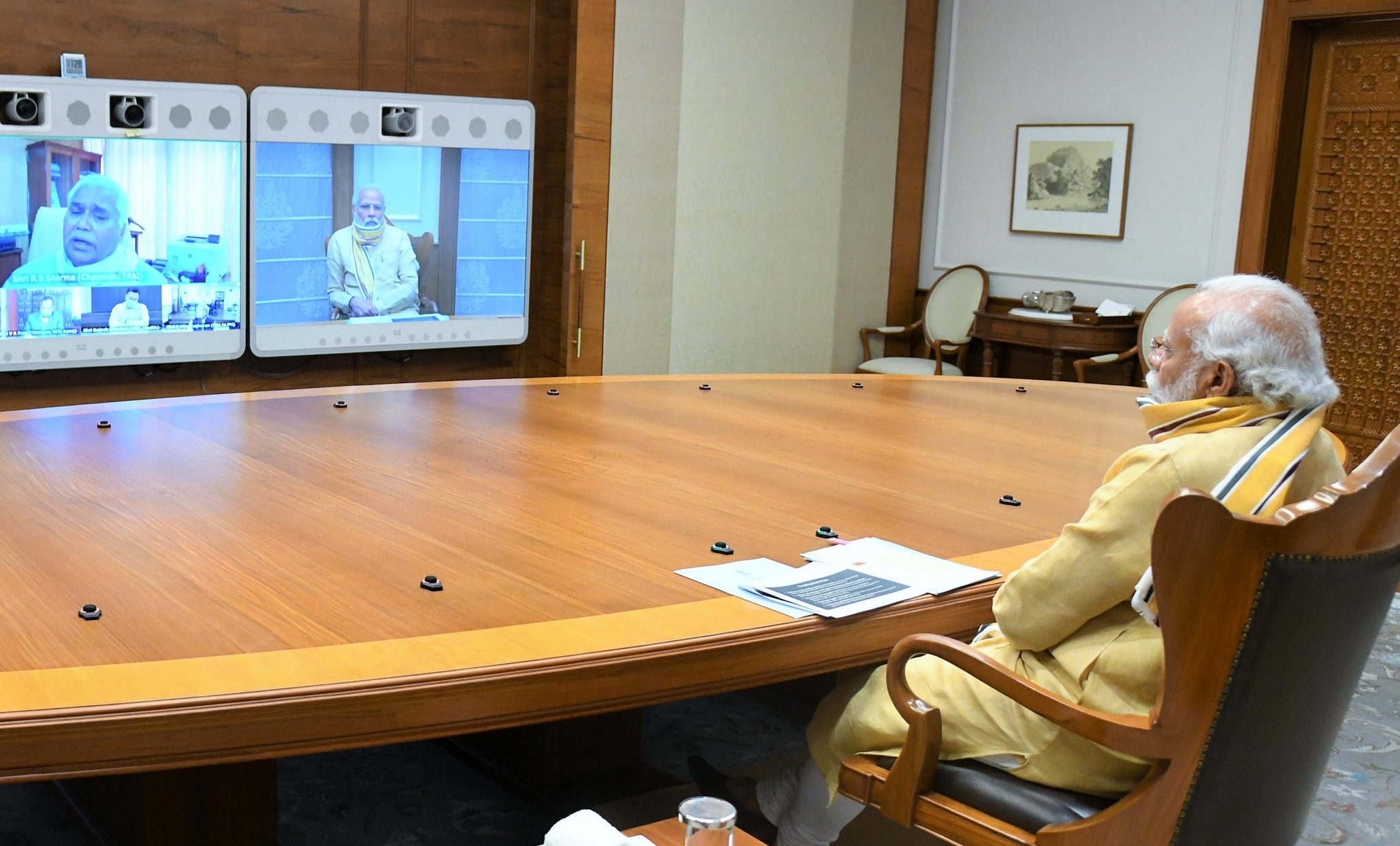 Prime Minister  Narendra Modi  on Tuesday also addressed the nation and announced the extension of Pradhan Mantri Garib Kalyan Ann Yojana till the end of November 2020. He said that the PMGKAY scheme is extended from July till the end of November 2020. During this five-month period, more than 80 crore people will be provided 5 kg free wheat/rice per month along with 1 kg free whole chana to each family per month. The government will spend more than Rs 90,000 crore towards the extension of the scheme. The Prime Minister also underlined that the country is moving towards the institution of ‘one nation, one ration card’, which will be of immense benefit to the poor who travel to other states in search of work.

Under Atma Nirbhar Bharat package, Government of India has decided that 8 LMT food grains will be provided to about 8 Crore migrant labourers, stranded and needy families, who are not covered under NFSA or State scheme PDS cards. 5 Kg of food grain per person is being distributed free of cost for the months of May and June to all migrants. The states and UTs have lifted 6.39 LMT of food grains. States and UTs have distributed 1,06,141 MT of food grains to 121.00 lakh beneficiaries in May and 91.29 lakh beneficiaries in June, 2020.

The Government of India also approved 39,000 MT pulses for 1.96 crore migrant families. 8 Crore migrant labourers, stranded and needy families, who are not covered under NFSA or State scheme PDS cards are being given 1 kg of gram/dal per family for the month of May and June for free. This allocation of gram/dal was made according to the needs of the states. Around 33,998 MT gram/dal have been dispatched to the states and UTs. A total 32,291 MT gram has been lifted by various States and UTs. 7,263 MT gram has been distributed by the states and UTs.