Union Home Minister Amit Shah, who recovered and tested negative for COVID-19 last week, has been admitted to AIIMS in Delhi, the government hospital said in a statement. The Home Minister has been "complaining of fatigue and body ache for last three-four days", AIIMS  said in its statement. 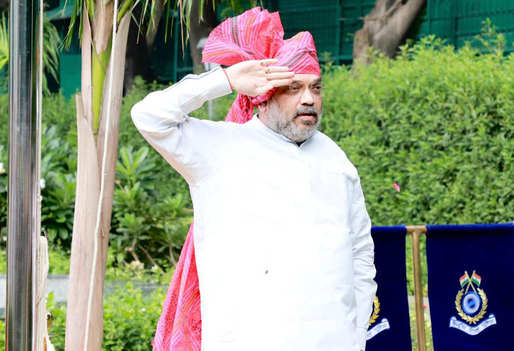 "Amit Shah has been complaining of fatigue and body aches for last three-four days. He has tested negative for COVID-19. He has been admitted to AIIMS for Covid care. He is comfortable and is continuing his work from hospital," AIIMS media and protocol division chairperson Dr Aarti Vij said in the statement.

Shah, 55, was discharged from the private hospital Medanta in Gurgaon last week after testing negative for COVID-19. He had tweeted on August 14 he would be in home isolation for a few more days on the advice of his doctors. A day later he was seen taking part in Independence Day celebrations and hoisting the national flag at his official residence.

The Home Minister had taken part in a cabinet meet three weeks ago, just before he was tested positive for the highly infectious COVID-19. The meeting was attended by all top ministers, including Prime Minister Narendra Modi, Defence Minister Rajnath Singh and Finance Minister Nirmala Sitharaman. All safety norms, including social distancing, were followed at the crucial meet, where the National Education Policy or NEP was approved.