CEO of Serum Institute of India, Adar Poonawalla, said there has been no loss of lives or major injuries due to the fire at the campus in Pune.

Disease-free isn't the same as happy. Here's why

What the current generation is living through is unprecedented in world history. A major part of the population around the world is under lockdown, courtesy the pandemic set in motion by the coronavirus (COVID-19). Irrespective of whether an individual is infected or not, most of us have been forced to stay and work from home, unable to step out even for our daily supplies. It isn't surprising that several individuals are feeling low and wondering if they are headed toward depression. 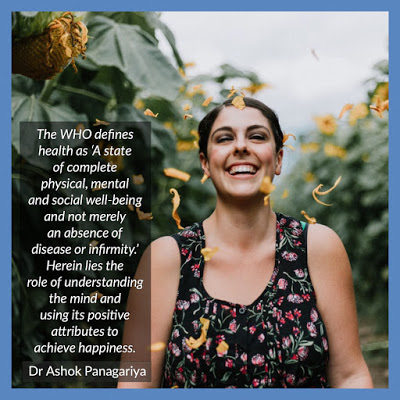 Does being healthy in the body ensure a healthy mind and a happy spirit? Not necessarily. The World Health Organisation (WHO) defines health as ‘A state of complete physical, mental and social well-being and not merely an absence of disease or infirmity.’ Herein lies, the role of understanding the mind and using its positive attributes to achieve happiness.

Human health has always been the epicentre of debate, not only for medical scientists but also for philosophers and religious leaders. The scientific and esoteric or spiritual traditions have remained clearly at odds with one another since the time of Galileo. The rift peaked in the late 19th century when mankind was asked to choose between science and the supernatural. Ever since newer discoveries began in the 20th century, the divide between science and philosophy has gradually been getting blurred. For once, each is coming closer to the other and the fact has been aptly summed up in the WHO definition.

The human mind is a product of billions of years of cosmic and biological evolution. Followers of the Philosophical Science of Mind (PSM) believe it includes the best in science, religion and philosophy. According to PSM, every individual owes the course of his or her life, success or failure, health or sickness, happiness or disappointment to a mental process. The mental process, it believes, functions according to a universal law based on spirituality.

This lays down the grounds for the recommendation of spiritual healing for the mind through affirmative prayer and meditation. PSM believes that through prayers and meditation, an individual becomes more attuned to God’s nature. The proponents of PSM do not accept the affiliation with Scientology but often talk of Spirituality.

When we talk of Science of Mind in neurological terms, the role of electrical and chemical events can be proven scientifically. The neural network brings about changes in the thought process, consciousness and pleasure system. Chemical substances like serotonin, dopamine, acetylcholine and endorphins produce a sense of well-being, pleasurable experiences, and effective memory and pain-free positive emotions.

The Philosophical Science of Mind also believes that healing of the ailing can occur through the religious power of the mind. A scientist talking about the mind feels it contributes to healing by activation of the neural network, while a cure is likely to occur after correct diagnosis and wholesome treatment that helps a person find his peace along with his health.

Thus the best for mankind would be a holistic approach merging science with philosophy by learning newer developments in science and understanding spirituality.

However, a word of caution: Spirituality could help prevent lifestyle disease and may facilitate recovery but only scientific treatments, that too after proper diagnoses, can control or cure diseases.

If the raging pandemic has taught us anything, it is the importance of mental well-being and finding that which brings us peace as the crux of overall well-being. Not all of us have a bee or will be infected by the virus. But hiding in our houses trying to dodge an invisible enemy is nibbling away at our sanity and hope. We might not be diseased, but we could be far from being happy. This is where science and philosophy can heal us and make us whole.

Community-led approaches are pivotal to respond to HIV, SRHR and Covid-19

The Female Body and the Contemporary ‘Trials and Tribulations’ of Menstruation