Union Ministry of Health & Family Welfare has rushed a multidisciplinary team to Maharahstra to monitor the Zika virus situation and support the State government in management of Zika cases. A case of Zika has been reported in Pune district recently. 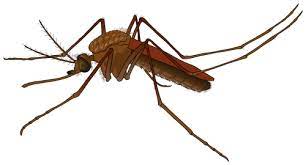 The three member Central team consists of a public health expert from  the office of Regional Director, Pune; a gynecologist from Lady Hardinge Medical College, New Delhi; and an entomologist from National Institute of Malaria Research (NIMR), ICMR, New Delhi.

The team shall work closely with the State Health Department, take a stock of the situation on ground and assess whether the Union Health Ministry’s Action Plan for Zika Management is being implemented, and recommend necessary public health interventions for management of Zika in the state.

Maharashtra has reported its first-ever case of Zika virus infection. The 50-year-old woman patient from Purandar area in Pune district also tested positive for Chikungunya. A state health department release said she has recovered and she and her family members have no symptoms at present.

According to Maharashtra health department, several cases of fever were reported from Belsar village in Purandar tehsil from the beginning of July. Five samples were sent to National Institute of Virology (NIV), Pune, for testing and three of them tested positive for Chikungunya.

Thereafter, an NIV team visited Belsar and Parinche villages between July 27 and July 29 and collected blood samples of 41 people. Out of these, 25 tested positive for Chikungunya, three for Dengue and one for Zika virus. The health department will also conduct a door-to-door survey in the village.

The Pune district administration has requested people not to panic. It has said that the case was detected owing to the proactive work by the teams on the field. The administration said it is working hard to contain the spread.

Prior to this, only Kerala had reported cases of Zika virus infection this year. The southern state currently has 63 cases of the infection. The infection is spread by Aedes mosquitoes, which are also carriers of Dengue and Chikungunya.

According to experts, some common symptoms of a Zika virus infection are fever, body aches, rash, conjunctivitis, muscle and joint pain, malaise or headache. Symptoms generally last for 2-7 days and most people infected do not develop symptoms, according to the World Health Organization.