West Bengal continues to face severe challenges in terms containing the COVID-19 outbreak which has claimed over 2900 lives in the state so far. The West Bengal government, apart from other measures, has focused on strict lockdown to curb the outbreak. The state government extended the bi-weekly lockdown in the state till the middle of September.

West Bengal confirmed more than 1.44 lakh coronavirus cases since outbreak. The active number of COVID-19 patients rose to 27,349. The total number of recovered coronavirus patients stood at 1.14 lakh. However, the number of new cases continue to rise, forcing the government to adopt strict lockdown guidelines. 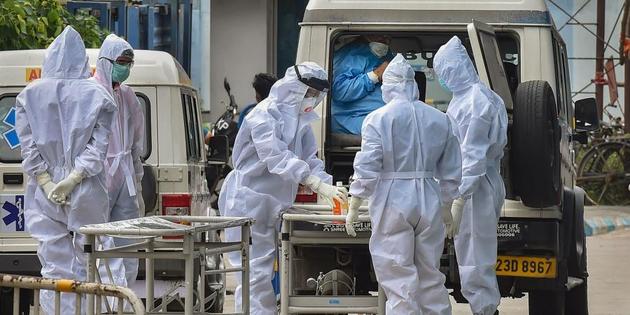 To maintain social distancing norms among the residents, the state government imposed a biweekly lockdown in West Bengal from the end of July. Only the essential services are allowed to function on lockdown, according to a senior state government official.

West Bengal Chief Minister Mamata Banerjee , known for her strict policies and defiance to the Centre’s relaxations, announced that all the other shops will be closed for two days a week across the state. All the government and private offices, commercial establishments will also be shut. The educational institutions including schools, colleges and universities will remain closed till September 20, she declared.

Metro Railway is expected to resume services by observing social distancing and other precautionary norms from September.  As per fresh West Bengal COVID-19 lockdown guidelines, all the public and private transport will remain shut. However, Petrol pumps are allowed to function on the days of complete lockdown.

The COVID-19 pandemic was first confirmed in the state on  March 17,  2020 in Kolkata. On that day a 18-years-old youth,  who had returned from the UK on 15 March, was tested positive. The cases continued to surged in April, May and June. By July 23, total number of positive cases crossed 50,000.

Meanwhile, the state ramped up its testing capacities. As on July 23, there were 56 laboratories approved by Indian Council of Medical Research for testing. The total number of testing in West Bengal is still lagging in comparison with states with similar economic stature, for example, the state of Rajasthan has conducted more than 5 lakh tests in June itself. West Bengal could do only 2.6 lakh tests by June. Till date, West Bengal has the capacity of testing little more than 9000 samples in a day whereas Rajasthan has built the capacity of testing 12000 samples per day. The details of few labs are given below:

In the initial phase, Mamata Banerjee and her government was widely criticised of poor handling of the corona virus pandemic and was accused of concealing facts by the opposition and critics. The opposition accused Mamata of playing “appeasement politics” amid the COVID-19 crisis.

The doctors also hit out at the idea of the bureaucratic system to identify the death of COVID-19 patients. Their spokesperson claimed that every doctor is qualified enough and does not need a committee for such certification.

Delays in test results were yet another serious concern. There were a large number of patients in the isolation wards of Chittaranjan National Cancer Institute (CNCI) as well as MR Bangur hospitals awaiting COVID test results for five days or longer. It is not clear why the test results should take such a long time and there is a danger of COVID-19 negative patient acquiring the infection in the hospital while awaiting test result.

The West Bengal government early this week released a list, saying four districts, including Kolkata, have been declared as red zones in the wake of the COVID-19 outbreak, and 348 areas as containment zones, out of which Kolkata has 227. Let us hope very strict lockdown in these areas gives the desired results.