On January 16, India rolled out the massive coronavirus vaccination drive where 2 vaccines, Covishield and Covaxin are being administered to frontline health workers across the country. 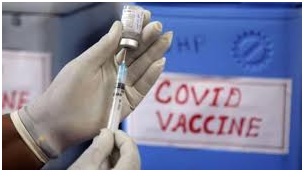 11,660 sessions were conducted where a total of 6.31 lakh healthcare workers received Covid-19 vaccine jabs till Tuesday, according to a provisional report of the Union Health Ministry on Tuesday.

The inoculation drive has been successful to a great extent but mild side effects after jab were reported for a few beneficiaries. Only nine cases of adverse event following immunization (AEFI) have required hospitalization and in Delhi, three AEFI cases have been discharged and one is under observation at Rajiv Gandhi Hospital. In Uttarakhand, one AEFI case has been discharged.

Asserting that the countrywide COVID-19 vaccination programme was conducted successfully on the fourth day as well, the ministry said the the total number of beneficiaries who have been vaccinated till 6 pm include 42,085 in Bihar, 7,418 in Assam, 80,686 in Karnataka and 23,855 in Kerala.

Several UN agencies are working closely with authorities for the massive vaccination programme, as India launched the world's largest Covid-19 vaccination drive, a spokesperson for the UN chief said.

"UN agencies are working closely with authorities to prepare and launch what is currently the world's largest vaccination drive," he told reporters at the daily press briefing, adding that as of Tuesday, the Indian government has vaccinated nearly half a million people.